Home » Brexit – the impact on employers in the UK 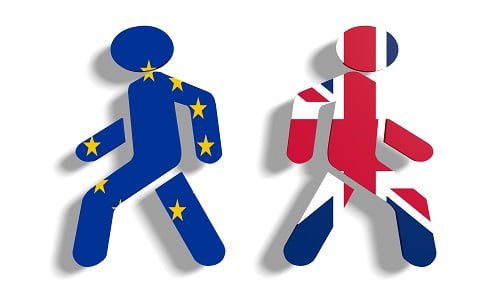 On 23 June 2016, Britain voted to leave the European Union (EU) in an historic vote. The legal implications of ‘Brexit’ are potentially significant but hinge on the specific mechanics of the exit, and the future model Britain’s relationship with the EU may take.

The short-term impact of Brexit has been fairly seismic. Immediately following the vote, the pound fell to its lowest levels since 1985. Since then, Britain has had its rating downgraded, government bond yields have hit record lows, the Prime Minister has resigned, the two main parties have commenced bitter leadership battles, and the country is very much divided in opinion.

Within this new climate of political, social and economic certainty – both for businesses and individuals – we consider below some of the key effects of the vote on UK employers.

A significant percentage of UK employment law derives from European legislation, such as discrimination rights, collective redundancy consultations, annual leave, data protection and TUPE regulations. Theoretically, the UK government could repeal all of these. From a practical perspective, this is unlikely to happen for the following reasons:

Having said this, the UK government may come under particular pressure to repeal certain laws. The Transfer of Undertakings Regulations 2006 (‘TUPE’) sometimes attracts negative press, particularly by employers who see the limits on changing employee’s terms and conditions as too restrictive. Any changes to TUPE are likely to be minimal and carried out to make it more ‘business friendly’. However, the Agency Workers Regulations 2010, protecting the rights of agency workers, is a candidate for revocation given that it is perceived as complex and therefore unpopular with employers.

The terms of the UK’s exit negotiations with the EU over the next few years, and the ongoing state of the economy, will heavily determine the impact of the vote on the UK pensions sector. The vote has already had a material impact on domestic and global financial markets. A lack of confidence in the UK economy will, in turn, affect the performance of UK shares, interest rates and investment in the UK, which affect pension scheme investments and liabilities. Funding deficits in defined benefit schemes (and therefore employer contributions) are likely to increase, particularly for those with upcoming actuarial valuations. For example, experts estimated that, within 24 hours of the vote, around £300m was added to the deficit in the Social Housing Pension Scheme (‘SHPS’). At its last valuation in 2014, the deficit was already at £1.32bn.

The economic consequences of Brexit may also lead to weaker pension scheme employer covenants. Defined benefit scheme trustees may need to pay close attention to the financial covenant of their scheme guarantors and sponsors, and, if necessary, seek extra securities.

We have previously reported on the impact of the new EU data protection regime. The General Data Protection Regulations (‘GDPR’) automatically become law in each EU Member State on 25 May 2018. As the UK will probably still be a Member State then, it will likely apply to the UK at this point. It is unclear what will happen when the UK leaves the EU and this may form part of the negotiations. The UK will need to decide whether to keep the Data Protection Act 1998 in its existing form, introduce new legislation which provides the same level of protection as the GDPR, or depart entirely from the EU’s approach, and risk their access to the Single Market.

The free movement of workers

Of particular concern to employers (and employees) may well be the impact of Brexit upon immigration, and the EU concept of the free movement of workers. Although technically speaking, workers exercising their EU treaty rights by living and working in the UK will have no right to do so upon the UK’s exit, the reality is that this will be a significant factor in the negotiations. The UK will find it difficult to negotiate out of this should it wish to retain further trading agreements within the EU.

Nevertheless, employers with a European workforce should begin to consider staffing and immigration issues now. For example, it may be difficult to recruit highly skilled individuals from EU states whilst their right to remain long-term in the UK is unclear. The pool of talent and skills available may diminish as tighter visa requirements restrict employee’s movements within Europe. This could lead to increased wages and delays to projects. Employers may want to consider undertaking an audit of their workforces to identify who may be at risk.

With the economic uncertainty surrounding the vote, a number of companies have already announced plans to relocate to outside of the UK or to restructure the business; this will inevitably lead to redundancies.

Whilst there has been significant short-term upheaval following the decision to leave the EU, the real legislative impact on UK employers will be slower and more piecemeal. Legislation in the UK is tightly intermeshed with the EU, and the unravelling process will be lengthy and complex, especially given that the UK has to give the EU two years’ notice of a Brexit. An immediate large scale repeal of the employment laws originating in Brussels is extremely unlikely. Furthermore, if the UK joined the European Economic Area many of the EU regulations and directives relating to employment rights will continue to apply. These regulations and directives will be interpreted by the Court of Justice of the European Free Trade Association, which in turn, is bound by the decisions of the European Court of Justice. In theory, there could be very little change with EU derived legislation in UK employment law. Nevertheless, prudent employers should begin to consider the longer term ways in which it may affect them, and adapt accordingly.

In the short to medium term the impact is most likely to be felt on those employers in defined benefit pension schemes including SHPS and the LGPS. Employer contribution rates could materially increase and trustees could seek increased security. This in turn is likely to mean that there will be an increase in the closure of such schemes to future accrual.

The Devonshires Employment and Pensions Team is actively monitoring post-Brexit developments and continuing to advise its clients as to the potential legal implications for UK businesses and individuals. If you have any further questions, please contact a member of the team.