Home » Could Brexit be an opportunity for the social housing sector? 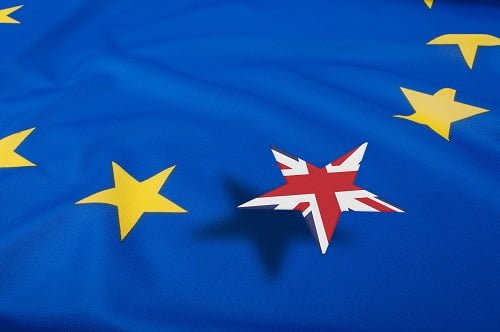 Last week we attended the CIH Housing 2016 conference which had a very significant addition to its agenda – Brexit.

For the wider housing market, the decision to leave the EU fuelled a downward trend. During the same week, the National Association of Estate Agents said that buyer demand dipped to a three-year low in May, and the Bank of England’s data revealed mortgage approvals had failed to bounce back from their April low.

With this in mind, you’d be forgiven for thinking that Brexit will have a wholly negative impact on the social housing sector too. However, from my conversations at Housing 2016, the reaction was slightly more upbeat. Yes, people have concerns but for us, there was also a simple message – putting aside our personal views on Brexit, it is an opportunity for housing associations to step up to the plate and establish a new working relationship with the Government (whoever that is).

The conference saw the Housing Minister Brandon Lewis deliver a speech which said that the Government still aspires to build a million homes by 2020. With so much uncertainty in the private sector and with housebuilders’ shares sliding, this may seem like an impossible target, but there’s no need to dismiss it entirely just yet.

The social housing sector has been faced with lots of challenges over the last 12 months. Only last year, the Government shone the spotlight on housing associations for not building enough new homes. Then came the various policy shifts such as the rent reduction and Right to Buy. However, many of the clients I work with have responded positively to these changes and adapted accordingly. In some cases, this has seen them restructure or merge, but their overall objective has been to gear up to build more homes and play their part in helping to solve the housing crisis.

With their business models and structures much more focused on delivering new homes, I believe now could be the time for Government to work with associations to support its housebuilding aims. By grasping this opportunity, and assuming that funding markets remain open and yields low, they could fill the gap which looks likely to be left by the volume housebuilders.  And if capital grant is made available, they could do even more, giving a wide boost to the economy at the same time.

Of course, only time will tell what the impact of Brexit will be and there are many questions that remain unanswered as well as potential risks for the social housing sector. But at a time when the political and economic climate is unlike any we’ve seen before, there’s a feeling in the air that anything goes – and that could see housing associations become the Government’s vital ally.

This blog first appeared on www.socialhousing.co.uk on 6 July 2016