Home » Is Brexit the Construction Industry’s most widespread termination? 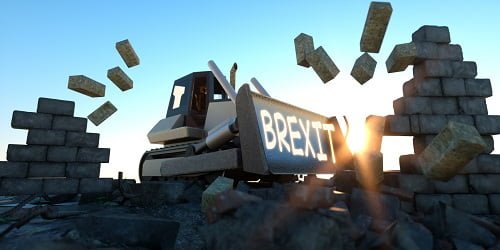 It is quite clear that there is trouble in economic paradise. The UK’s membership of the EU has been a bone of contention that dates back before we joined in 1973. More recently, particularly in light of the fallout from 2008 and the Eurozone crisis, our membership has become a highly scrutinised and debated political issue and on 23 June 2016 the UK voted to leave the EU.

The UK’s construction industry is deeply entwined with the EU in its current form; with its work force, public procurement regulations, health & safety legislation, waste, input/export and investment to name some of the key areas heavily influenced by EU regulation and principles.

Given the unprecedented nature of the UK’s exit from the EU, it is very difficult to predict the impact on the construction sector. At the date of this article, in reality nothing has yet changed and shall not for some time. The UK has yet to invoke Article 50 of the Lisbon Treaty and there will be a subsequent 2 year period of negotiation before we have a clearer picture of the trade agreements and regulations we will be subject to. Without us even knowing who will be the Prime Minister and MPs responsible for negotiating the UK’s exit, it is very difficult to foresee the approach and outcomes we shall eventually be faced with.

Some argue nothing much will change and the new agreements will open up new opportunities both in and outside the EU. Others fear that EU countries will be very stringent in their new agreements and we could be subject to even more restrictions than we are now. There is also fear that negotiating global trade agreements will take far longer than the 2 year exit period and we may fact a transient arrangement for many years to come.

What is clear is that the current uncertainty has resulted in the down grading of the UK’s AAA rating and the nervous market may reduce the investment and cause hesitancy on current projects.

There is no denying that our construction industry relies heavily on skilled labour, with a workforce that is built on numerous nationalities and benefits from the advantage of utilising specialisms from around the globe.

The principle of free movement underlines the EU and at least 10% of our industry’s workforce comes from outside the UK. The removal of free movement could deeply impact on the skilled labour force we currently have access to, with small businesses and London most highly affected. Despite investment in apprenticeships it is estimated there will be at least a 7% gap in the labour we could provide should workers need to comply with visa applications before being able to work in the UK. The extra burden on small businesses to provide compliance with immigration legislation is likely to impact on the sector. Further, there is a risk EU nationals will simply choose to work in other market leading countries, such as Germany, over the UK as immigration controls will be easier.

Given the current housing shortage, a reduction in a workforce that is already stretched is unlikely to have a positive impact on plugging that shortage and solving one of the country’s most pressing issues.

However, it is unlikely the Government would wish to diminish access to such a skilled workforce, particularly given its pledges to increase housing. Further, a transitional switch is much more likely and agreements are likely to support the idea of free movement of workers (as opposed to people) meaning there is, in reality, little difference with the status quo.

Our construction industry is greatly impacted by EU regulation, with health & safety legislation, the public procurement regulations and waste directives to name but a few. One of the key arguments in favour of an exit was the cutting of red tape with more control given to a sector in which, excluding the high end, the bulk of companies work exclusively within the UK.

However, it is likely that, during the drafting of the necessary trade agreements, many countries would insist on compliance with the regulatory framework. And there is large consensus that anything with direct effect will continue to apply and be enshrined in UK law.

The public procurement regulations work well and the UK government is likely to follow the age old principle of “if it aint broke…”.

There are concerns, our absence from EU membership means we would have little or no voice on any amendments to a regulatory framework created by the EU, which we may be obligated to comply with in any event. That being said, with a seat of our own in the WTO we could have a greater say in the drafting of those regulations and standards which apply at the global level.

There are also question marks over the applicability of EU case law, whilst the UK will no longer be bound by ECJ judgments, it is likely their influence will be followed for many years to come.

The construction industry has been a beneficiary of EU funding and there is real concern that Brexit will lead to a reduction of investment in one of our economy’s biggest sectors, with the markets have already taken a tumble and talk of a drop in investment already.

However, the long term impact is difficult to predict and we won’t have true figures on growth and investment for some time.

The consensus is that the real impact in terms of resources will only hit the high end market and, predominantly, London. There is a risk that specialist plant machinery and curtain walling used in large commercial developments may be harder and more expensive to obtain. However, every day construction is likely to see little reduction in the availability of materials. Further, countries party to the European Free Trade Area and even those outside are not prevented from benefiting from Europe’s resources.  The real question, at least in the short to medium term, will not so much be the availability of materials, but whether they will become more expensive. That will depend on what trade arrangements can be negotiated going forward.

Again, long-term trade agreements are likely to resolve any inhibitions created by a lack of EU membership. The real question mark will come in terms of our negotiating power as a stand-alone nation rather than as a member of a strong trading block.

Our experts, both contractors and consultants, have a strong global presence and are successful exports to the global construction market. It may be that restrictions on free movement cause damage here as, just as with the skilled labour coming into our industry, there will be similar restrictions on us exporting out. Again, in all likelihood trade agreements will iron out any issues but the initial unknowns may see a dent in our specialist’s success outside of the UK.

The above only touches on an issue that stretches across a broad array of political, economic, historical, global and personal stand points. Without a crystal ball it is very difficult to predict the impact of such a cataclysmic event.

Whether our EU exit will release the UK and, more crucially its construction industry, from restrictive red-tape that allows it to trade more freely and grow in a way more directly beneficial to those within it, or whether exiting a trading block that has seen large growth, provides access to free trade and free movement will isolate our industry and cause a labour shortage is yet to be seen.

Right now the only clear result from the UK’s vote is the lack of clarity and this, regardless of the success or failure of an EU exit to the UK as a whole and to our industry, will no doubt have an initial bumpy impact and you should be aware of the risks we may face over the transition period. The key thing to bear in mind is that, whether projects are pushed through to complete within the next 2 years, or held back to start after, good contract drafting that provides for the likely change in relevant legislation and regulation is going to be the best tool to allow our industry to adapt to whatever changes are ahead.