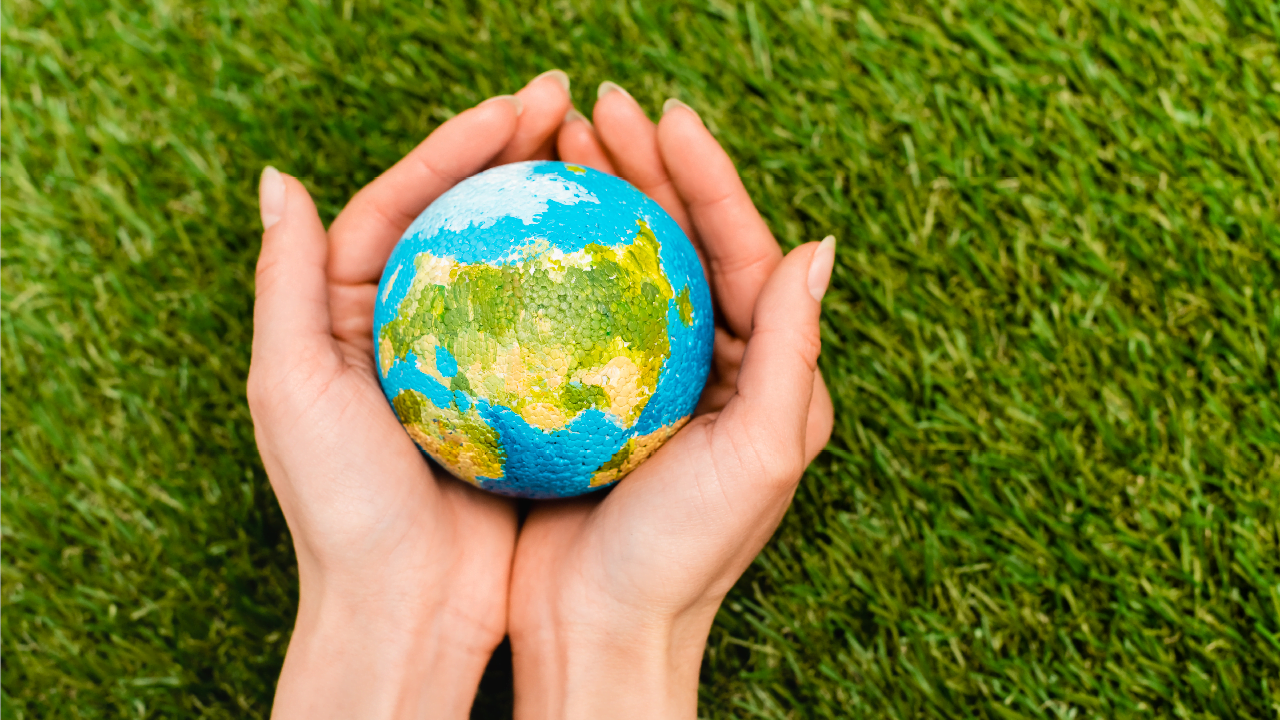 R (on the application of (1) Friends of the Earth Limited (2) ClientEarth (3) Good Law Project and Joanna Wheatley) -v- Secretary of State for Business, Energy and Industrial Strategy [2022 EWHC 1841 (Admin)]

In his judgment handed down on 18 July 2022, Mr Justice Holgate ruled that the Government’s Net Zero Strategy breached its statutory obligations under sections 13 and 14 of the Climate Change Act 2008 (the “Act”).

The Strategy, published by the Secretary of State for Business, Energy and Industrial Strategy (“BEIS”) in October 2021, sets out the Government’s policies and proposals to meet Carbon Budgets set by Parliament (on the advice of the independent Committee on Climate Change).

The Court held that the Secretary of State for BEIS had approved the Strategy without having been provided with sufficient information to be satisfied that the Carbon Budget (in this case, Carbon Budget 6 (“CB6”) for 2033-2037) could be met.

In particular, the Secretary of State was not provided with sufficient information as to (a) the quantitative effects of individual policies; and (b) qualitative analysis explaining which policies were expected to bridge a 5% shortfall, against the carbon emission reductions required by CB6, and in what ways those policies would make up that shortfall (from 95% to 100% of all carbon emission reductions required).

The issues in the case

A minor, but significant point is that the judicial review claims did not seek to challenge decisions to set the net zero target or the carbon budget. The claim centres on whether the Secretary of State failed to comply with certain statutory obligations contained within sections 13 and 14 of the Act, in relation to the Net Zero Strategy.

Section 14 requires the Secretary of State, as soon as reasonably practicable after a carbon budget is set, to lay a report before Parliament setting out his proposals and policies for meeting the carbon budgets up to and including the new carbon budget. The report must also cover other matters such as the timescales over which those policies are expected to take effect and how they affect different sectors of the economy. On 19 October 2021 the Secretary of State laid the Net Zero Strategy before Parliament as his report under s.14.

The claimants’ grounds for challenge

The claimant put forward three grounds of challenge in relation to the Net Zero Strategy:

a) The claimants say that under s.13 the Secretary of State (defendant) had to be satisfied that his numerical estimate of emissions reductions from policies with a quantifiable effect will enable 100% of the numerical target in CB6 to be met. Here, the defendant erred in law because he was satisfied that his quantifiable policies would achieve only 95% of the target in CB6, leaving the shortfall to be made up by a qualitative judgment about the future effects of his policies; and

b) the Secretary of State failed to take into account matters which he was legally obliged to consider. In particular, under his numerical analysis, he did not consider the contributions which each quantifiable policy would make to meeting the carbon budgets, and under his qualitative analysis, which policies were proposed to make up the 5% shortfall and in what ways. He was not briefed by his officials on those matters.

The Secretary of State failed to include in the Net Zero Strategy information (which was legally required to discharge his reporting obligations under s.14, in particular an estimate of the contribution which each quantifiable policy would make to meeting the carbon budgets) the existence of the 5% shortfall resulting from the quantitative analysis, and how that shortfall was to be made up.

The Court should prefer the claimants’ interpretation of sections 13 and 14 to the defendant’s because that would be more, rather than less, conducive to the protection of rights under the Human Rights Act 1998.

Significantly, the claimants requested (should succeed on any of the grounds of challenge) the Court grant a declaration as to the legal position, and mandatory orders, but not to quash the Net Zero Strategy.

The Court rejected the first of the two main points raised by the claimants under this head. It accepted the Secretary of State’s submission that s.13 does not require him to be satisfied that his numerical estimate of emissions reductions from quantifiable policies will enable 100% of the target in a carbon budget to be met. Therefore the Secretary of State did not make any legal error by proceeding on that basis that those quantifiable effects were expected to achieve only 95% of the reductions required by CB6.

However, the claimants were successful on the second main point. Under the Act the Secretary of State has duties which are crucial to the operation of the legislation. They include setting carbon budgets, to ensure that they are met, and to prepare policies under s.13 that will enable those targets to be met. The Act imposes the sole responsibility for discharging those obligations on the Secretary of State, not his officials.

Although the Department had carried out extensive quantitative analysis, which identified the contributions made by individual policies to meeting carbon budgets, that information was not included or summarised in the briefing given to the defendant for the purposes of his approving the overall Strategy. Instead, the quantitative analysis presented to him considered only overall effects of policies in reducing greenhouse gas (“GHG”) emissions.

The Court concluded that on a proper interpretation of the Act, and particularly in view of an assumption made by officials that the quantified policies would be delivered in full, the defendant had been legally obliged to take into account: (a) the quantitative effects of individual policies; and (b) in the qualitative analysis, which policies were relied upon to make up the 5% shortfall and in what ways. Without that information in the ministerial briefing, the defendant had been unable to take into account, and to decide for himself, how much weight to give to the quantitative assessment or his Department’s approach to making up the 5% shortfall, or to the contributions which individual policies are expected to make to reducing future GHG emissions and the risk of statutory targets not being delivered. Consequently, he did not discharge his duty under s.13.

The Claimants submitted that there ought to be included in a s.14 report, and hence in the Net Zero Strategy, a numeric explanation for the defendant’s conclusion that his policies will enable the carbon budgets to be met, and a numeric explanation of the extent to which those policies individually and in combination are expected to achieve that objective.

The claim largely succeeded on Ground 2.

The Court decided that a report under s.14 is important not only to enable Parliament to scrutinise the Secretary of State’s policies and to hold him to account, but also to provide transparency so that the public can properly understand how the Government intends to meet its statutory targets.

The Court rejected the defendant’s submissions that a s.14 report, such as the Net Zero Strategy, need essentially only tell Parliament what the defendant’s policies are, without having to provide any explanation or quantification of the effects of those policies for meeting the numerical targets. On a proper interpretation of the legislation, it was held that those matters must be covered in a s.14 report.

Here, the defendant did not satisfy the requirements of s.14 because the Strategy lacked any quantitative assessment of the contributions expected to be made by individual policies to reductions in GHG emissions, and also because the report did not reveal that the quantitative analysis put before the Minister left a shortfall against the reductions required by CB6, or how that shortfall was expected to be met.

The claims failed on Ground 3. The Court rejected the claimants’ approach to using s.3(1) of the Human Rights Act 1998 for interpreting an Act of Parliament. Section 3 only enables the Court to depart from the ordinary meaning of the language used by Parliament where that would be incompatible with a Convention right. Even then, the Court may only modify that meaning to the extent necessary to overcome the incompatibility identified. Section 3 does not allow the Court to depart from the ordinary meaning of a statute to achieve an interpretation which is said to be more conducive to, or more effective for, the protection of a Convention right.

Ultimately, the October 2021 Net Zero Strategy did not go below national and sector levels to consider the contributions made by individual policies (or by interacting policies) in respect of emissions reductions, where those reductions were capable of being quantified. Holgate J ruled it ought to have done so, in order to comply with the language and statutory purpose of s.14 of the Act.

The Net Zero Strategy committed to end the sales of fossil fuel cars by 2030 and gas boilers by 2035. However, it did not explain how the Strategy would be delivered, or specify the cuts in emissions to be achieved in each individual sector.

The Court therefore ordered that the Secretary of State lay a fresh report (i.e. Net Zero Strategy) pursuant to s.14 before the end of March 2023. Essentially, this requires the Government to outline exactly how its Net Zero policies will achieve emissions targets (incorporating the level of granularity demanded by Parliament and the public to ensure transparency and accountability, as envisaged by the Act.

How does this impact matters at sector level?

It is not yet known precisely how this ruling will impact organisations at sector level – for example, the social housing sector, or the automotive sector. However, it is unlikely that the ruling will have a significant impact on progress being made, as the Strategy has not been ruled unlawful in and of itself and the Judge made no criticism of the substance of the Government’s Net Zero plans, which appear to be broadly on-track.

Therefore, at sector level, it is a case of “keep calm and carry on”. The Secretary of State, however, will need to move swiftly to review the existing Strategy and provide the required detail in the fresh report to validate how the UK will hit CB6 (and continue in that vein for all future carbon budgets).

We will eagerly await that report in March 2023. Watch this space.