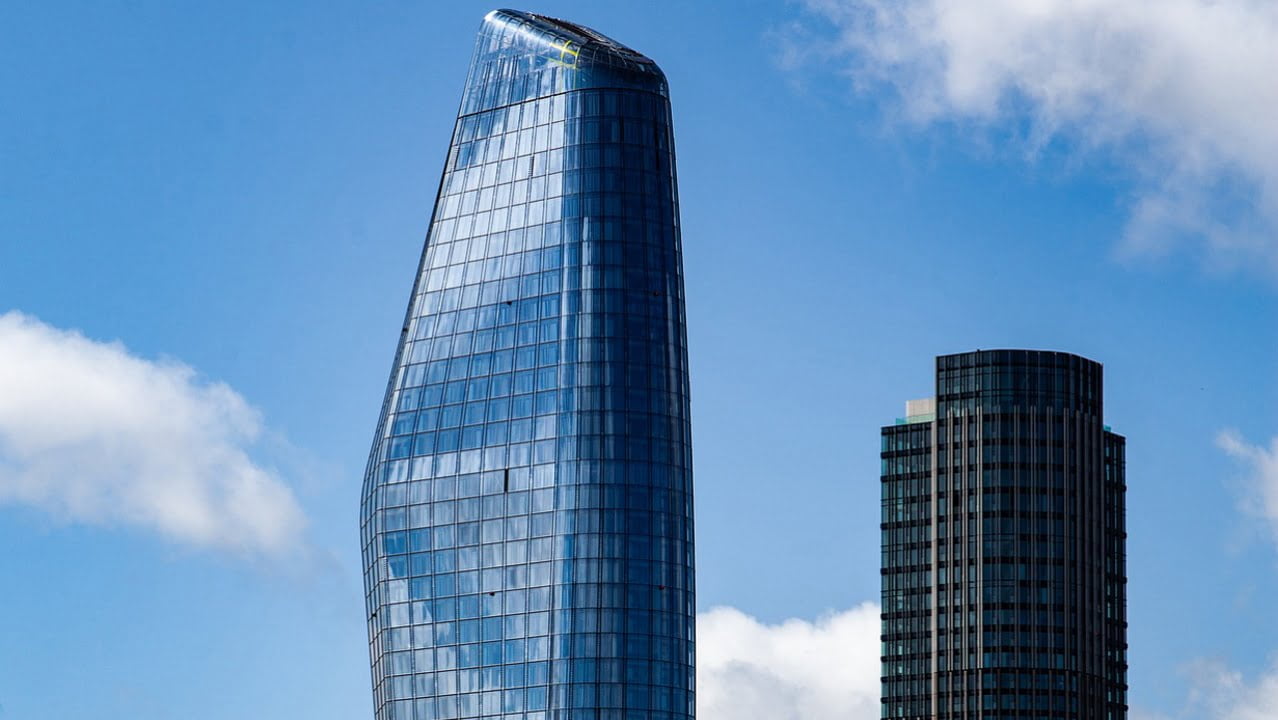 The Technology and Construction Court (TCC) has very recently handed down its judgment in Yuanda (UK) Co. Ltd v Multiplex Construction Europe Ltd and another. This will be of significant interest not only to the banking industry in terms of the construction of the wording of an ABI-type bond, but also to the construction industry in which this type of instrument operates.

In July 2014, Yuanda entered into a sub-contract with Multiplex for façade works on a large-scale construction project at One Blackfriars Road. The sub-contract was based on a JCT Design and Build Sub-Contract, 2011 Edition. Yuanda also procured a “Guarantee Bond” in favour of Multiplex in the sum of £4,411,490.70, which expires on 4 April 2020 (referred to in the judgment as the “Guarantee”).

The main contract works (and the sub-contract works) had experienced lengthy delays. Yuanda considered it was entitled to an extension of time. Multiplex rejected this assessment. Further, without notice to Yuanda, Multiplex settled certain claims with the Employer (St. Georges) under the main contract; part of which was a payment of £7.5m of liquidated damages. Multiplex sought to recover this sum from Yuanda who, in turn, raised a cross-claim for circa £7m as part of its final account assessment.

Multiplex commenced an adjudication against Yuanda on 2 December 2019 (agreeing that the adjudicator would have until 6 March 2020 to deliver his decision). Multiplex then made an initial call on the Guarantee on 10 December 2019 before subsequently withdrawing it on the basis that settlement negotiations might ensue. Those negotiations were unsuccessful and so Multiplex then made a second call on the Guarantee on 17 January 2020.

Operative Clauses in the Guarantee

The Court was especially concerned with two clauses in the Guarantee – clauses 1 and 4.

“…this Guarantee Bond shall be released and discharged absolutely upon Expiry … Any claim in writing containing particulars of the Sub-Contractor’s breach of his obligation(s) under the [sub-contract] must be made upon the Guarantee before Expiry, or would be deemed invalid otherwise.”

One of the primary issues the Court had to decide was whether Multiplex was entitled to make a call on the Guarantee, as it did, on 17 January 2020 and/or if not, whether such a call could be made on or after 6 March 2020 if a favourable decision was received in the ongoing adjudication.

In order to determine this issue, the Court had to analyse what was meant or intended by the wording in the above, material clauses of the Guarantee.

Positions of the Parties

Yuanda’s case was that any payment under the Guarantee must wait until after its final account had either been agreed or determined, in litigation if necessary. Yuanda relied on the words “…and taking into account all sums due or to become due to the Sub-Contractor.” in clause 1 of the Guarantee.

Multiplex’s primary case was that Yuanda’s liability was already established and ascertained when it wrote to ANZ calling on the Guarantee – i.e. that Yuanda had failed to complete the sub-contract works on time and that such delays had caused Multiplex to suffer direct loss and/or expense at the Employer’s hands under the main contract and thus such losses were covered by an indemnity from Yuanda up to £7.5m cap in liquidated damages. In the alternative, Multiplex contended that such liability would be “established and ascertained” upon receipt of a favourable decision from the adjudicator on or around 6 March 2020.  As a slight twist to this, Multiplex also suggested that, in “certifying payment” under and earlier Payment Notice, such “certification equated to establishment and ascertainment.

The Court concluded, after some useful discussion about the distinction between “on demand” bonds and “performance” bonds, this “Guarantee Bond” was a performance bond. In other words, it was conditional and guaranteed the liability of one party to another, rather than being an “on demand” bond which, as the name suggests, requires the bond provider to pay-out literally upon a valid demand.

The Court found that Multiplex merely stating a sum was due from Yuanda by way of liquidated damages could not (and did not) equate to “establishing and ascertaining” damages pursuant to and in accordance with the sub-contract. Further, addressing Multiplex’s novel argument about “certification”, the Court found that a payment certificate or payment notice issued by a payee was not akin to the sort of  certificate which would be issued by an “independent certifier” or “decision-maker”, such as an Architect or Employer’s Agent which might would be sufficient to make a valid call on the Guarantee.

The Court dismissed the argument that the requirement in the Guarantee to “…take into account all sums due or to become due to the Sub-Contractor” because that meant that no valid call could be made until Yuanda’s final account had been agreed, which was uncommercial. The sub-contract provided that Yuanda had to “pay or allow” to Multiplex any loss that Yuanda had caused to Multiplex. Therefore, if the adjudicator was to find Multiplex’s favour and make a monetary award, this would be payable and would not amount to some notional credit under the sub-contract.

Expiry of the Guarantee

There was a secondary point discussed in the proceedings, which focussed on the impact of the Expiry Date of the Guarantee. The argument that a valid demand could only be made at the end of the final account assessment process was contrary to the fact the Guarantee expires on 4 April 2020. If Yuanda’s argument on this point was correct, this would defeat the commercial purpose of the Guarantee (which was to provide security during the project).

Yuanda argued here that the last sentence of clause 4 (“any claim in writing containing particulars of the Sub-Contractor’s breach of his obligation(s) under the [sub-contract] must be made upon the [bond provider] before Expiry.”) meant that as long as valid demand was made prior to 4 April 2020, such a demand “stopped the clock” and payment could well be made at a later point.

The Court rejected this interpretation on the basis that the words in clause 4 “…released and discharged absolutely upon Expiry” were very clear and meant what they said. To adopt Yuanda’s interpretation would leave the bond provider (ANZ) in limbo and would amount to an open-ended payment obligation.

An interesting point of note from this case is that the Court accepted that a contract could be drafted in such a way that damages could be established and ascertained without, for example, the intervention of an adjudicator’s decision. The Court considered that if there was a formal certification procedure by a “decision-maker” such as an architect or a contract administrator who was under a legal duty to balance the competing interests of the contracting parties (and thereby act independently and fairly) then this could form the basis for a valid call under a performance bond, as was being considered in this case.

This position derives from the Court’s analysis of the decision in Ziggurat LLP v CC International Insurance Company plc which concerned an amended form of ABI bond. That case specifically concerned a claim following an insolvency event which resulted in termination. The Court in that instance found that under a JCT Standard Building Contract (2011 Edition) once the financial ascertainment exercise had been carried out by the contract administrator, post-completion and the insolvent contractor then failed to pay that ascertained amount (as a debt) then a call on the bond could be made.

A more pressing consideration arises where a contractor employed under a JCT Design and Build Contract became insolvent. In these circumstances, the equivalent applicable financial ascertainment method is undertaken by the Employer under the contract, not an architect or contract administrator. Would an Employer’s statement be sufficient here for a call to be validly made, or would an adjudicator’s decision be needed?

If an adjudicator’s decision is required, would there be enough time for this decision to be obtained prior to the expiry date of the relevant bond? The Court’s decision in this case clearly states that simply notifying the bond provider of a potential claim at some point in the future may not be sufficient to stop the bond from expiring, if the relevant sum to be claimed has not been established and ascertained before the expiry date.

In light of the above decision, it is therefore imperative that parties (and especially contractors and sub-contractors who may have procured or be the beneficiary of an ABI-type guarantee bond) consider carefully the terms and wording of the performance bonds and the underling contracts. This will assist when seeking to establish an entitlement to make a (valid) call on a bond (i.e. when such entitlement has crystallised by virtue of the financial ascertainment principle) and how this potential call corresponds with any express expiry date on that bond.

If you have any queries in respect of this matter or the Judgment, or you require assistance with performance bonds generally, please do not hesitate to contact James Grinstead, or a member of the Construction, Engineering & Procurement team.